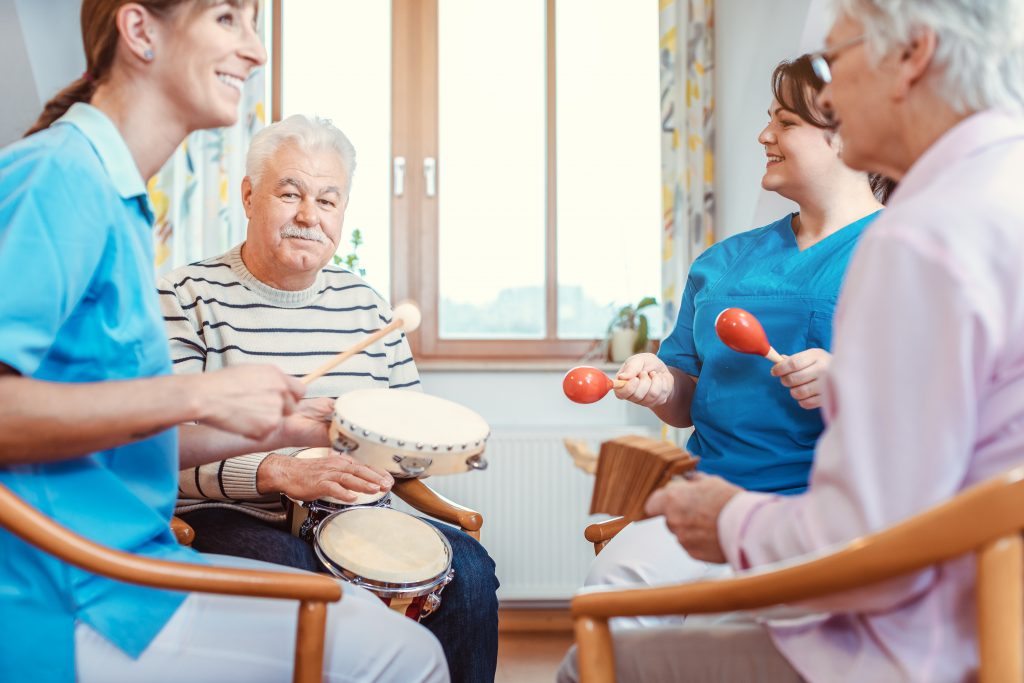 Mood and Melody: The Mind-Altering Benefits of Music Therapy

A little under half a million Australians live with dementia, and everyday they’re joined by another 250 people. By 2058, the number affected is predicted to be somewhere north of 1,000,000. Not only does it impact on numerous lives, it’s also the second leading cause of death in this country. So the possibly of a new, non-invasive treatment is bound to get everyone listening, and there’s one currently making (sound)waves.

Firstly, what is dementia?

Dementia is often assumed to be a disease in its own right, but it’s actually a term used to describe a collection of symptoms that are caused by disorders affecting the brain. These disorders, like Alzheimer’s disease (the leading cause of dementia), trigger abnormal brain changes, leading to a decline in cognitive abilities to the degree that daily life and independent function are hampered.

The brain changes are caused by damage to individual brain cells, which hampers their ability to communicate, affecting behaviour, thinking and feelings. The area of the brain whose cells are damaged usually corresponds to the type of dementia. For example, Alzheimer’s disease affects the hippocampus, which is responsible for learning and memory.

Dementia is often confused with senility, which leads to the false belief that dementia is just a normal part of ageing. It isn’t, and there’s much research focused on its treatment.

There’s nothing more integral to the human experience than music, and that’s been the case for as long as we’ve existed. Most of us would intuitively feel that music has the power to heal, and it’s this belief that has led medical institutions like Johns Hopkins to establish centres devoted solely to the exploration of music as a healing force.

Continuing research is proving these intuitions correct. Trials have shown that music therapy can lessen the effects of depression and anxiety in dementia patients and lift their emotional wellbeing.

The benefits aren’t large, but Jenny van der Steen, a researcher at Leiden University Medical Centre, says they’re still valuable. “Even a small improvement or maintaining a certain level while otherwise a decline is expected is very important for people with dementia and those caring for them”.

Rather than delaying or improving a dementia-related condition, music therapy is about quality of life, and it’s not a big surprise to the scientific community that we’re seeing beneficial results.

Music taps into the brain

We know now that the areas of the brain that process music are also responsible for emotions and processing language. This means it’s possible that if a song from a person’s youth is played, it will bring back memories from that period in time when they first head it. This is an invaluable experience for those with impaired memories, and also demonstrates that music therapy calls for a tailored approach.

Music has also been found to tap into the brain’s reward centres, the same areas activated by drugs such as cocaine. This is why we find ourselves returning again and again to particular songs that move us, and why the benefits can potentially be sustained for a long time.

There are high hopes for music therapy; it’s believed to have the potential to replace certain medications that have significant side effects for some people. It might even improve interactions between patients and carers.