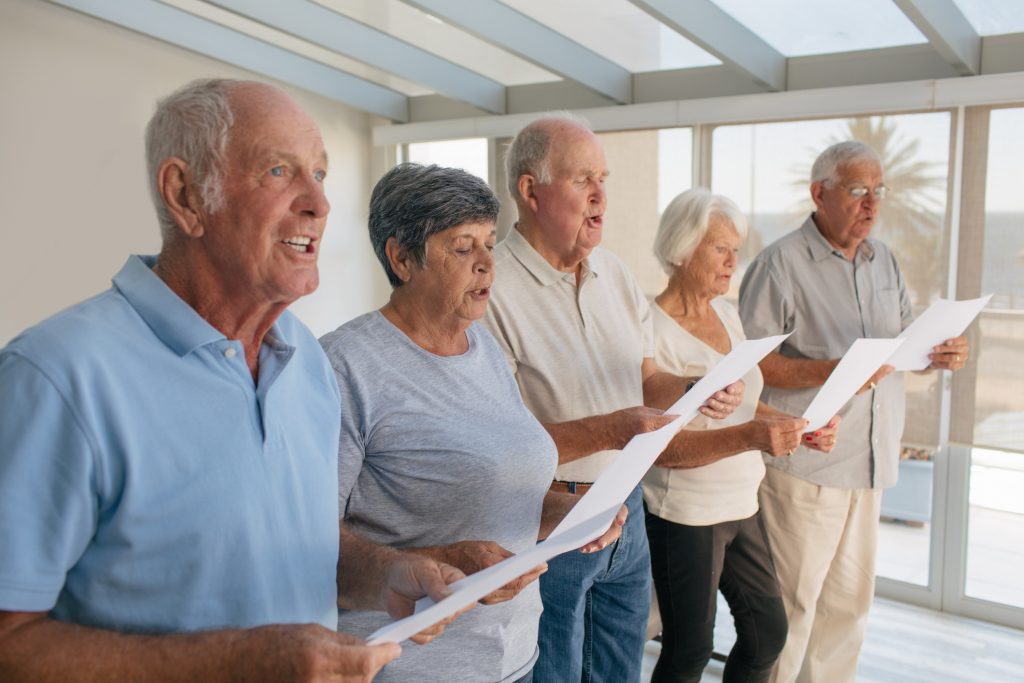 Singing for the Soul: The Benefits of Music

If you want to keep your body young and healthy, do physical exercise. If you want to keep your brain young and healthy, listen to music. It sounds too simple and easy to be true, but the benefits of music have long been on the radar of medical researchers, and a recent study conducted by Australian National University has provided the scientific proof.

Most of us would agree, based on some universal gut instinct, that music is good for us. We can all attest to its mood-altering power. We know that if we play our favorite tracks, we’ll feel better, be able to break free of negative thoughts, find the motivation to do a bothersome task. Whether it’s a particular beat or rhythm that keeps drawing us back or some association the song holds for us, a connection to a positive experience, there’s no doubting its positive impact.

Now, though, researchers have been able to provide some scientific ballast for our long-held gut feelings.

What are the benefits of music?

Scientific researchers from the Australian National University have conducted a study that supports a plethora of anecdotal evidence: music improves mood, calmness and reduces aggression.

The first step of this study involved measuring a host of symptoms, such as appetite and levels of distress, in the volunteers, who were older people living with varying degrees of dementia, such as Alzheimer’s disease. They then embarked on a music program over a period of eight weeks, involving a one-hour music session each week.

Apart from the volunteers themselves, the sessions included the researchers, staff from the aged care home and family members of the volunteers. They were encouraged to suggest songs and get everyone singing. It may sound simple, but the processes at work in the brain when we listen to and sing songs is complex and, to a large degree, mysterious.

When we sing or play music, we create vibrations which travel through the air and into our ear canal. These vibrations tickle the eardrum and are transformed into an electrical signal that’s picked up by the auditory nerve in the brain stem where – finally – it’s reassembled into something that we call music.

An otolaryngologist from Johns Hopkins describes music as “structural, mathematical and architectural. You may not be aware of it, but your brain has to do a lot of computing to make sense of it”.

This may lead you to believe that, once the brain starts suffering from the effects of dementia, singing would be one of the first abilities to disappear. However, singing is actually one of last faculties to deteriorate with age. Those who have lost the ability to speak coherently can often still sing without issue, and older people often remember songs from their youth even after they’ve forgotten pretty much all else.

So what were the results of this study? Once the same symptoms were measured again at the end of the eight weeks, all were shown to have improved. The volunteers came away with greater wellbeing and less acute depression.

For the staff at BASScare, the ANU study was preaching to the choir. We have always believed in the the benefits of music and its ability to communicate when all other channels have closed. In ode to the song, we hold music events at both our Marwal and Canterbury centres.

At Marwal Centre, our Live Music Mondays are held every week from 1pm onwards. Each session sees a new performer take the lead and guide the group through an afternoon of toe-tapping tunes. It’s a wonderful opportunity to hear some old favorites, revel in a little nostalgia, get the blood flowing and – most importantly – meet new (and familiar) faces.

At Canterbury Centre, clients are encouraged to take part in our Music Always and Music for Wellbeing programs. These take place in a welcoming and fun atmosphere, where participants can get involved to the level at which they feel most comfortable, whether that’s tapping a foot or breaking into the quickstep.